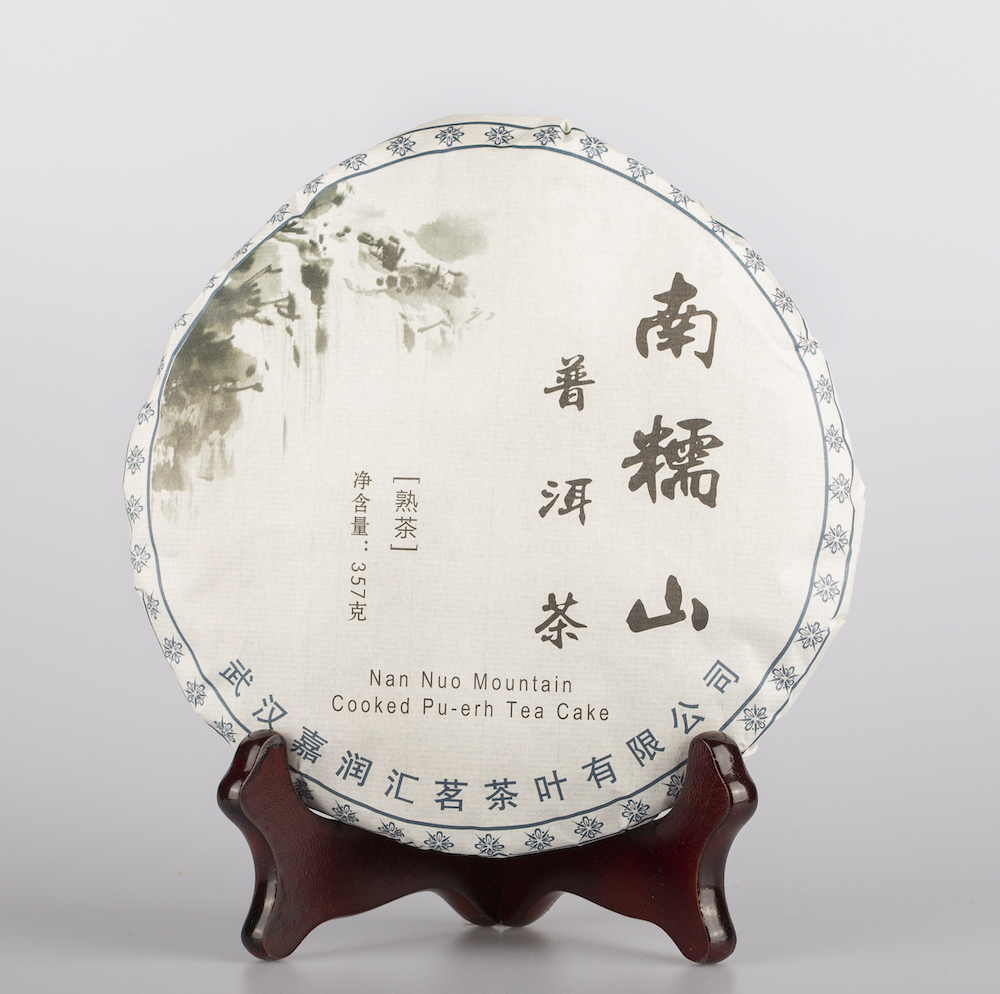 Pu-Erh (sometimes written as pu-er, puerh, or pu'er) fermented tea native to China. The tea hails from the area around the city Pu’er in Yunnan province. In contrast to oxidized tea varieties (like black tea), the tea leaves have been carefully fermented with the help of bacterias. This process gives the tea its characteristic, earthy flavor.

As Pu-Erh tea ferments and oxidizes at the same time, the tea is called 'black tea' in China. That's quite different from black tea in Dutch. What is known as black tea in the Netherlands is named 'red tea' in China due to the color of the brew. We use the designation 'dark tea' for Pu-Erhs to keep it simple.

Shēng (生) means 'raw' in Mandarin and references the traditional, lengthy production process of slowly ripening the tea. A shēng Pu-Erh must be kept in the right, slightly moist environment. This way the tea can ripen throughout the years. The region and the year of production are often noted on the packaging. Some Pu-Erhs can ripen for decades!

Shóu (熟) means 'ripe' or 'ripened'. Shóu Pu-Erhs are made with an accelerated, modern technique and are fully ripened when they hit stores. The advantage is a sustained quality that doesn't alter as long as the tea is stored well (airtight). You can let the tea ripen, but it will not make the flavor and aroma more complex as it would for a raw Pu-Erh.

Many Pu-Erhs have been pressed into a cake and wrapped in thin, breathable paper: a traditional method of storing the tea. An ice pick helps you chip the cake into smaller fragments.

Some Pu-Erhs can be bought as loose leaf tea. This is often done to accelerate the fermentation process. The advantage is that you don't have to handle loose leaf Pu-Erh with a pick or other instrument before making a cup of tea. This also preserves the pretty leaves.

Why does my Pu-Erh cake weigh 357 grams?

Pu Erh has been packaged and sold in stacks of seven cakes since the beginning of the Qing Dynasty (清朝 1644-1912). Each cake weighed 7 Liang (357 grams). Packaged and transported per 7 in a bamboo tong, the tea weighed a total of 49 Liang. These numbers were probably easy to use in the time's tax system and are still maintained.

Look for this when buying Pu-Erh

You have now learned that there are two styles of Pu-Erh tea: ripe and raw. A pre-ripened Pu-Erh is often somewhat cheaper, but that doesn't necessarily have anything to do with the quality. Ripened (shóu) Pu-Erhs are very suitable for those curious about fermented tea.

You might have noticed that some Pu-Erhs carry a bunch of labels. One of them is a blue Q with a white S inside. This is the Chinese Food and Drug Administration's quality mark, combined with a unique number for every producer. To fight counterfeits, many producers use nèi fēi (内飞 of 內飛). Those are small labels that the manufacturer adds to the tea cake during pressing. These labels contain more information about the manufacturer and the brand.

We will notify you when this product is back in stock. Leave your e-mail address here and we will keep you informed!